A few months ago, my wife Renee turned to me and said, “Meeting John C Maxwell is on my bucket list.” I thought – cool… that’s an easy one. We could probably find an event he’s speaking at and try and connect with him before or after he gets off stage. Perfect, easy peasy.

But that plan all changed when I got a call from my good friend David – one of our community OG’s – or original “instigators” – a term I affectionately call those who create a better world for those around them. David is 67 and has more energy than most 20yr olds.

He starts off by saying he noticed a quote in my email signature, by John C. Maxwell.

That’s when David started telling me about a crazy idea he had to bring John to our city?!?

“I’m in!” I quickly replied… not really knowing what that meant, but I was in to support him 110% no matter what. It felt like a f-yeah decision.

Fast forward to September 16th, 2014, John landed in his private jet, spent the day talking to over 6200 kids and over 250 teachers, filling the coliseum. He also shared his wisdom, alongside another amazing speaker, our own 2x olympic gold medalist Heather Moyse, to 210 of our regions top entrepreneurs over lunch, and 1650 local community leaders in the afternoon.

It was truly a special day for our city. His talks moved everyone to play a bigger game. His words resonated on so many levels. During his last session, he shared some ideas that have since shaped my life – here they are:

You do not need to be the fastest, you just need to start first.

John shared a story about a dinner he had with one of the fastest female runners on earth. At the end of dinner, he jokingly said, “I bet I can beat you in a quarter-mile race.” If you’ve seen John in person, you’ll know why that’s funny. Agitated, she kicks off her dress shoes, and says, “lets do this.” – but before she got up, he quickly says “… all I would need is a 2 minute head start.”

That’s when I realized that it’s not about being the fastest … it’s about starting. It’s about the compounding effect you can have of starting towards a goal that may seem ridiculous at first, but if you just start, it can become a reality. Most don’t start.

Would you do what I did?

John told us that many times after he gets off stage, people come up to him and say “I really love what you do … I want to do that.” To which he answers, “I know you want to do what I do, but will you do what I did?”

What a piercing question. Essentially saying, everyone wants to be that guy, the speaker, business owner, family man – but are they willing to put in the time and practice to become the person who can do that.

The outcome hardly ever reflects the journey and we all need to understand that it’s in the doing, that you become the person who can DO as John did that day on stage.

Being in your magic zone while outside your comfort zone

Everyone talks about the “comfort zone” but no one has ever talked to me about the “magic zone”. The magic zone is doing what you’re naturally gifted to do, and that energizes you. When it comes to that + being outside my comfort zone, I’ll be honest – I’ve become complacent.

A lot of what I do; speaking, raising capital, building a world class technology company is something I could do with my eyes closed.

But here’s a list of things that scare me:

Each one comes with a sense of anxiety about them … either failing, being judged, or not being happy, etc .. but in my gut I know they’re the right decisions if I want to have the impact I’ve set for my life. This simple sentence has helped me reassess my goals, my actions and my day.

I’m now working on living 100% in my magic zone, while taking on projects that are way outside my comfort zone. Scary yes… but it energizes me like there’s no tomorrow!

I bet you’re still wondering “So, did Renee get to check off meeting John Maxwell from her bucket list?”

OF COURSE SHE DID!

You see… the next sentence out of my mouth to David when he first called was, “All I ask is that Renee be the one who picks him up at the airport, and chauffeurs him around – can we make that happen?”

That was her birthday gift from me. 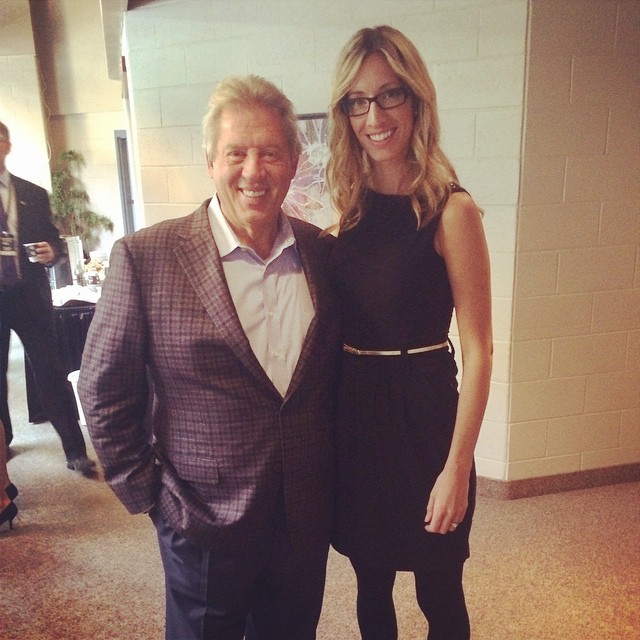 Not only did she meet him, she got to spend the whole day with John and connect on a level she never imagined possible.

I’ll forever be grateful to David and the folks who supported the initiative and to John for making the trip – it was definitely a defining moment in my life.

So, what’s your next move? What scares you but in your gut you know it’s the right move? Leave a comment below.